Trey Parker and Matt Stone's Savagely Hilarious 'Cannibal! The Musical' to Have Special Screening on September 27th at 11 PM at The PIT in NYC! From The Brilliant Creators of South Park and The Book of Mormon Comes The Best Show to Never Hit Broadway! 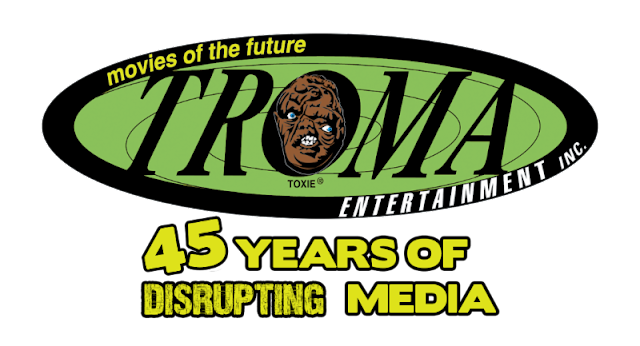 Troma Entertainment presents a special ONE NIGHT ONLY screening of Trey Parker and Matt Stone's 1993's Tromasterpiece Cannibal! The Musical on Friday, September 27th at The PIT in NYC at 11:00PM! 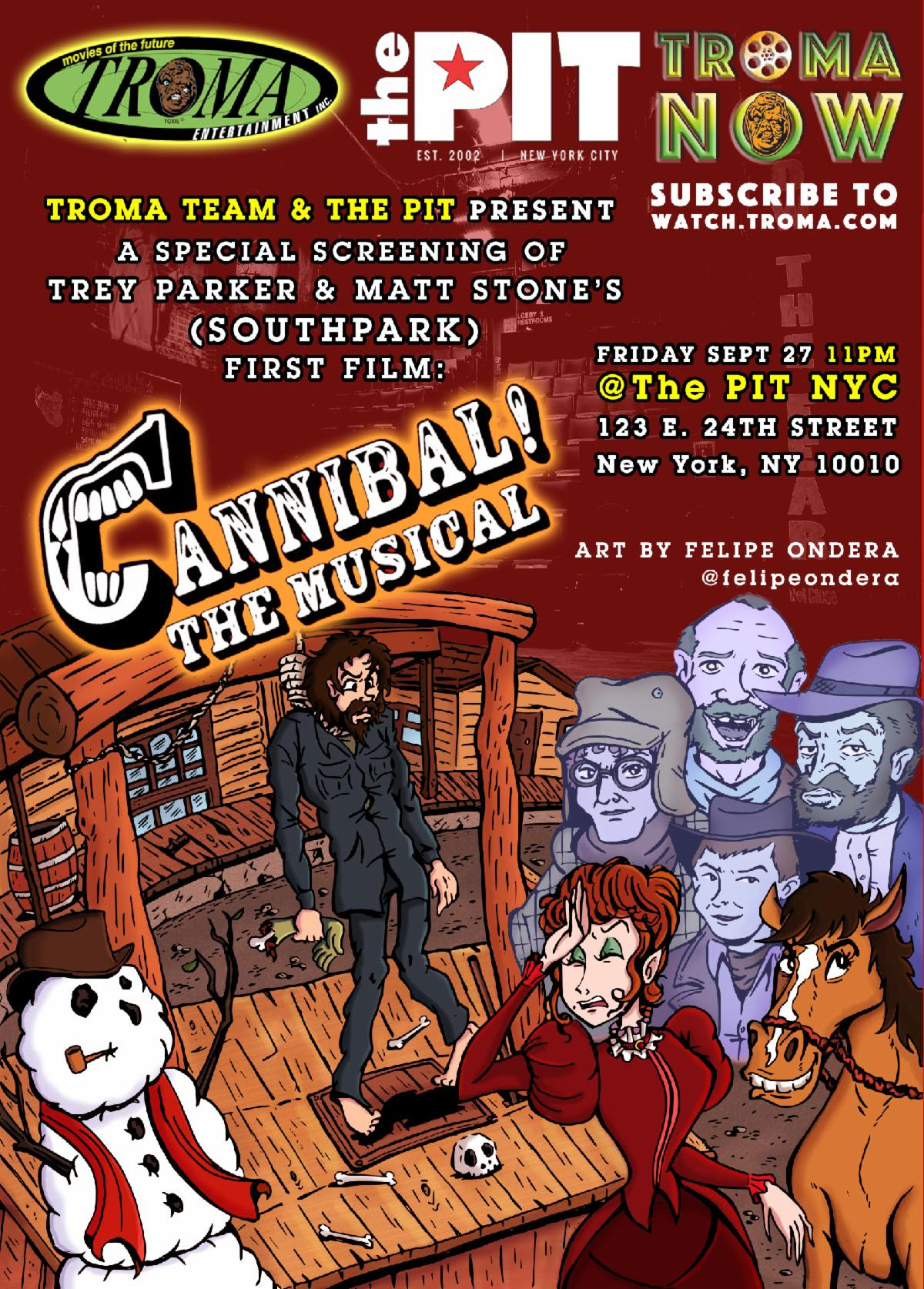 "...there are refreshingly ludicrous notes that even people old enough to see this movie without a guardian can appreciate.  "
- Anita Gates, The New York Times

Troma Entertainment will be presenting an exclusive, ONE NIGHT ONLY screening of Trey Parker and Matt Stone's savagely hilarious and brilliant
Cannibal! The Musical on September 27th at 11:00 PM at the The PIT in NYC. Before Orgazmo and BASEketball, the genius minds that brought viewers South Park teamed with Troma Entertainment to make the goriest, most laugh inducing musical comedy to never hit broadway! 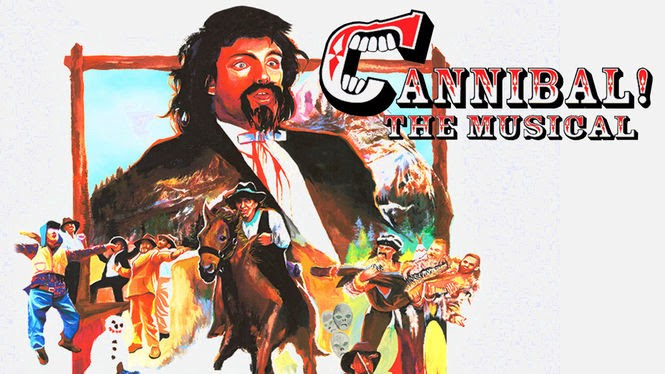 Cannibal! The Musical is the true story of the only person convicted of cannibalism in America - Alfred Packer.  The sole survivor of an ill-fated trip to the Colorado Territory, he tells his side of the harrowing tale to news reporter Polly Prye as he awaits his execution.  And his story goes like this: While searching for gold and love in the Colorado Territory, he and his companions lost their way and resorted to unthinkable horrors, including toe-tapping songs! Packer and his five wacky mining buddies sing and dance their ways into your heart...and then take a bite out of it!  Cannibal! The Musical is Oklahoma meets Bloodsucking Freaks.  Brought to you by the Troma Team and Trey Parker - the Rogers and Hammerstein of Horror!

Next Month, on Saturday, October 5th, Troma Entertainment will be back at The PIT for a special New York Comic-Con weekend screening of Lloyd Kaufman's epic continuation of the "Nuke 'Em High" franchise, Return to Nuke 'Em High Volume 1 at 11:00 PM. Uncle Lloydie will be appearing live and in-person to present the screening and will be signing Free autographs and taking photos with all viewers in attendance. 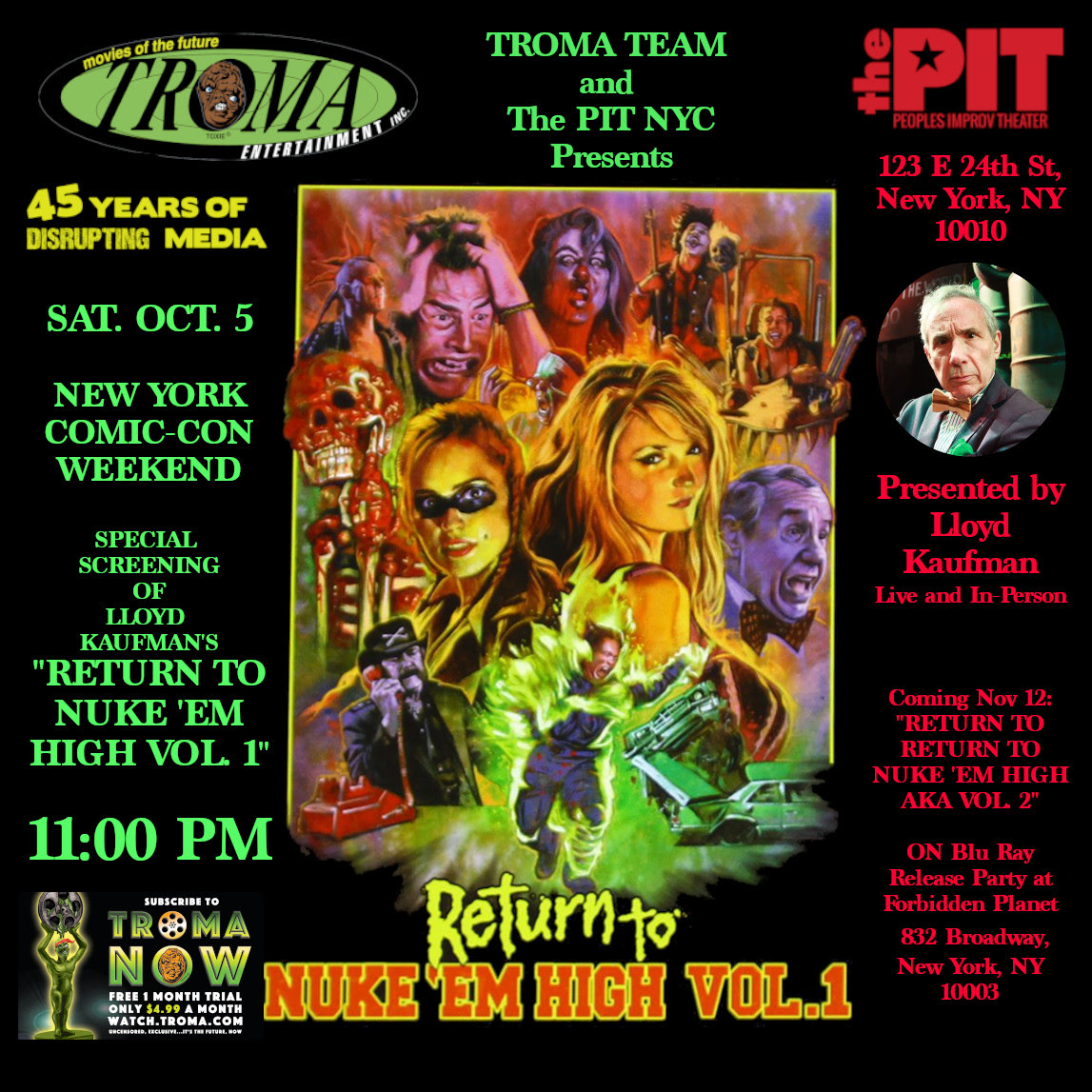 GIVE ART BACK TO THE PEOPLE!

Troma Entertainment continues to disrupt the media and has now broken the internet with new premiere features, shorts and exclusive bonus content on their streaming service,
Troma Now,

at only $4.99 a month with the first month FREE! New additions every month!