Get in the Halloween spirit with the NEW TRAILER for Into the Dark's October episode Uncanny Annie. The horror series' newest installment follows a group of college students as they play for their lives on Halloween night. 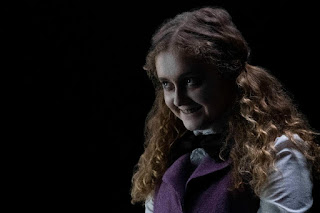 On Halloween night a group of college students get trapped in a mysterious board game that brings their darkest secrets and fears to life, where they must play to escape...and win to survive.

INTO THE DARK | Year-round Event Series
Series Description:  In partnership with Blumhouse Television, Into The Dark is a monthly horror event series from prolific, award-winning producer, Jason Blum's independent TV studio. Each feature-length installment is inspired by a holiday and features Blumhouse's signature genre/thriller spin on the story.