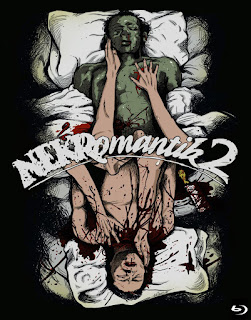 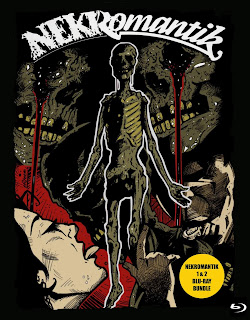 Cult Epics presents the original Blu-ray releases of Nekromantik 1 & 2 in a special Slipcase Bundle w/art by Martin Trafford in a limited edition of 500 copies. As these titles will go out of print by the end of this year, this is the last chance to get these by critics “Highly recommended” Cult Epics releases with over 8 hours of Bonus Features on Blu-ray in a Collectible Bundle at an attractive price.

Synopsis:
NEKROMANTIK
A street sweeper who cleans up after grisly accidents brings home a full corpse for him and his wife to enjoy sexually, but is dismayed to see that his wife prefers the corpse over him.

NEKROMANTIK 2
A beautiful necrophiliac, who works by day as a nurse and prowls by night cemeteries in search for fresh corpses, finds the grave of Nekromantik’s Rob and brings him home, when her real life relationship begins to falter she has to make a final choice between the living and the dead.