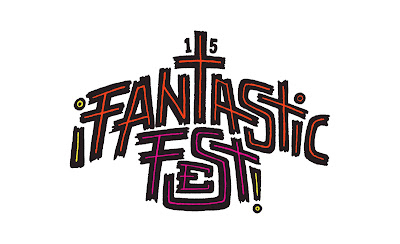 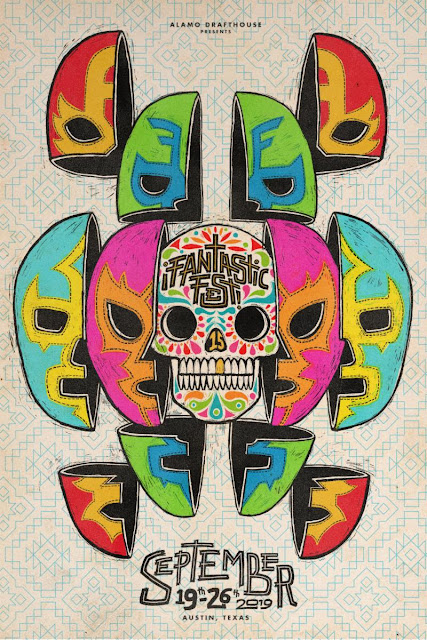 Netflix brings the US Premiere of the much-lauded I LOST MY BODY to Fantastic Fest after an award winning debut at Cannes Critics Week. From director Jérémy Clapin, this singular tale of a severed hand trying to reunite with its owner is told in a striking hand-drawn animation style and won the Cristal award at the prestigious Annecy International Animated Film Festival.

“This has been a phenomenal year in terms of filmmaking, and we are proud to be hosting so many of the year’s best filmmakers in Austin,” says Evrim Ersoy, Fantastic Fest Creative Director. “Whether first-timers or alumni, we hope to share their work with our unique audience and to help elevate their voices within the festival world and with audiences at large.”

The festival will be honoring the career of Japanese maestro Takashi Miike with a lifetime achievement award and a special screening of THE HAPPINESS OF THE KATAKURIS. With over 100 films under his belt, Takashi Miike’s work has been regularly featured as part of the festival.

This year, Fantastic Fest alumni are bringing exceptional new projects to the festival. ALLÉLUIA filmmaker Fabrice du Welz returns to Austin with the North American Premiere of ADORATION, telling a story of young love gone wrong. Drafthouse Films alum Katrin Gebbe follows up her striking debut feature NOTHING BAD CAN HAPPEN with PELICAN BLOOD, where a mother realizes something may be very wrong with her adopted daughter. Finally, shorts filmmaker Ryan Spindell makes the jump to features with the World Premiere of his fast-paced anthology, THE MORTUARY COLLECTION.

One of the thrills of Fantastic Fest is the opportunity to see the beginning of a filmmaker’s career, and this year’s fest will feature a trio of stunning directorial debuts. In SAINT MAUD, a live-in nurse is determined to save the soul of her dying patient at any given cost. In HOMEWRECKER, polite friendship forces a young woman into a battle to the death with the growing insanity of her newly-made friend. Finally, in AMIGO, lifelong friends find their relationship turning toxic following a tragic and crippling accident.

The sea is the inspiration for a trio of films that inspire very different emotions. In SWEETHEART, a shipwrecked young woman discovers she might not be as alone as she thought. In SEA FEVER, the crew of a small shipping boat discovers their craft infected by an unknown organism. Lastly, in RIDE YOUR WAVE, a surf-obsessed young woman discovers that death might not be the final stop in her burgeoning romance with a handsome firefighter.

Fantastic Fest is known for its dedication to the horror genre, and this year’s lineup is especially strong with an array of fantastic premieres. In the World Premiere of RANDOM ACTS OF VIOLENCE, a comic book artist finds himself the inspiration for the grisly work of a serial killer. In the World Premiere of WE SUMMON THE DARKNESS, an after-party becomes deadly grounds for survival for a group of heavy metal fans. And in the North American Premiere of KEEP ME COMPANY, a romantic weekend getaway turns sinister with unusual occurrences at a rented house.

Cinephiles with a taste for the unusual will be delighted with a trio of titles that bend styles and genres to create something wholly unique. In LITTLE JOE, a scientific discovery threatens the entire future of mankind. WYRM concerns an alternative future where a shy, dinosaur-obsessed high-schooler struggles with a unique and unusual school requirement. And finally in NIGHT DRIVE a driver finds his boring evening becoming anything but when he picks up a young woman through a ride-share app in a glorious comedy of errors.

Alongside the usual vibrant and exciting shorts programming, Fantastic Fest 2019 brings a special focus to up-and-coming genre filmmakers from Mexico in a shorts block supported by Austin’s Consulate of Mexico titled MÉXICO FANTÁSTICO. The program opens with the disquieting thriller 9:40 starring Kristyan Ferrer (SIN NOMBRE), and proceeds with a selection of fantastic shorts that run the gamut in both genre and style, including the eerie folk-horror of THE WANDERING WITCH and disturbing sci-fi drama of THE ORIGINAL by Fantastic Fest alums Sofia Carrillo and Michelle Garza Cervera respectively.

Finally, live podcast recordings are back on The Highball stage at Fantastic Fest this year, with the return of Leonard Maltin’s Maltin on Movies, Doug Benson’s Doug Loves Movies, and April Wolfe’s Switchblade Sisters. This year brings new additions that include Horror Queers, The Horror and 5BY5 At The Movies. 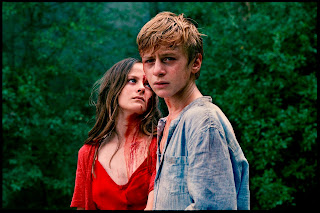 ADORATION
France, Belgium, 2019
North American Premiere, 98 min
Director - Fabrice du Welz
Paul lives with his mother on the grounds of a mental institution and has little contact with the outside world. When Gloria’s admitted, he’s immediately fascinated by her and events take an unexpected turn. 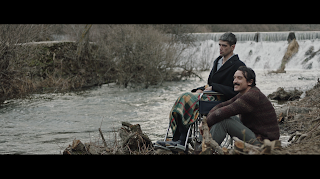 AMIGO
Spain, 2019
World Premiere, 83 min
Director - Óscar Martín
After a serious car accident (for which he’s responsible), David decides to care for his best friend Javi at a remote house. It doesn’t take long until the animosity insidiously builds between them. 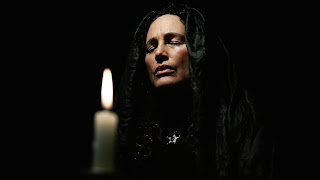 THE DEEPER YOU DIG
USA, 2019
US Premiere, 95 min
Directors - Toby Poser & John Adams (Co-director: Zelda Adams)
The creation of a family production team in upstate New York, this unsettling supernatural tale explores the aftermath of a roadside accident, bringing together a mother, her daughter, and a stranger in increasingly surreal circumstances.

I LOST MY BODY
France, 2019
US Premiere, 82 min
Director - Jérémy Clapin
A severed hand escapes from a laboratory and sets off on a series of adventures across Paris, determined to find its owner. 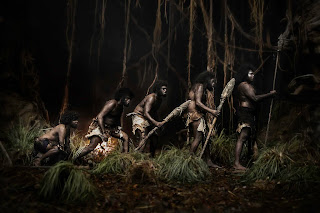 JALLIKATTU
India, 2019
US Premiere, 91 min
Director - Lijo Jose Pellissery
The line between man and beast dissolves when a buffalo escapes slaughter in a sleepy South Indian village, leaving a trail of chaos and explosive machismo in its wake. It's a landlocked JAWS, a bestial 2001, and a contemporary MAD MAX: FURY ROAD all rolled into one.

KEEP ME COMPANY
Portugal, 2019
North American Premiere, 82 min
Director - Gonçalo Almeida
Two lovers meet in a secluded country home to try to heal their relationship without distraction, but the property’s pool has other mysterious intentions. 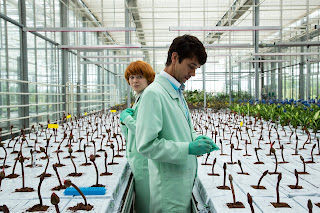 THE MORTUARY COLLECTION
USA, 2019
World Premiere, 108 min
Director - Ryan Spindell
A young girl enters a secret room in a mortuary and learns the backstory of the mortician’s favorite deaths in this twisted anthology by Fantastic Fest alum Ryan Spindell. 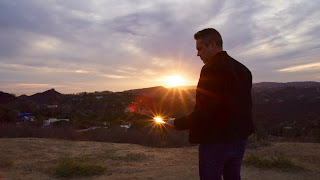 NIGHT DRIVE
USA, 2019
World Premiere, 82 min
Directors - Meghan Leon & Bradford Baruh
When Russell picks up an enigmatic young woman through a ride-share app, his boring evening perks up. But all bets are off after they hit a guy with the car in this charming comedy of errors. 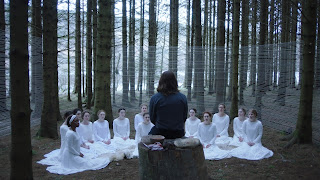 THE OTHER LAMB
Ireland, Belgium, USA, 2019
US Premiere, 97 min
Director - Malgorzata Szumowska
Selah lives with her mothers and sisters in a mysterious cult led by Shepherd. When she begins to question his teachings, it threatens to destroy the very nature of their existence. PELICAN BLOOD
Germany, Bulgaria, 2019
US Premiere, 121 min
Director - Katrin Gebbe
German acting treasure Nina Hoss headlines Katrin Gebbe’s (NOTHING BAD CAN HAPPEN) sophomore feature about a single mother who adopts — and won’t give up on — a troubled little girl with a horrific past. 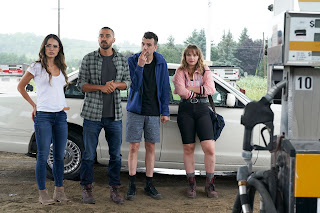 RANDOM ACTS OF VIOLENCE
Canada, 2019
World Premiere, 80 min
Director - Jay Baruchel
A comic book writer visits the town where a serial killer previously wreaked havoc, only to encounter a new series of murders that strangely mirror the deaths he created in his comics. RIDE YOUR WAVE
Japan, 2019
US Premiere, 96 min
Director - Masaaki Yuasa
Surf-loving college student Hinako crosses paths with Minato, a handsome firefighter, but a tragedy will change all they know to be true. 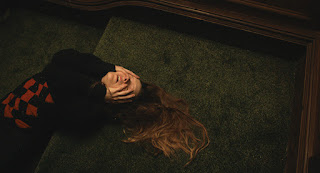 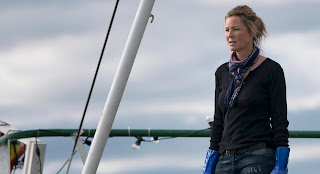 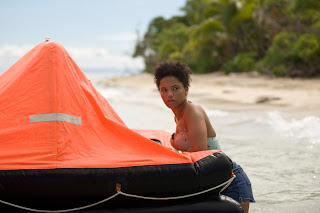 SWEETHEART
USA, 2019
Texas Premiere, 82 min
Director - J.D. Dillard
After a storm at sea leaves her stranded on a deserted island, Jenn gathers all her strength to find ways to survive. But when night falls, Jenn discovers that the island isn't as deserted as she might have thought… or hoped.

WE SUMMON THE DARKNESS
USA, 2019
World Premiere, 90 min
Director - Marc Meyers
When Val, Beverly, and Alexis meet a group of fun-loving dudes in the parking lot of a heavy metal concert, they all decide to have an after-party, but it isn’t long before the group finds themselves fighting for their lives. 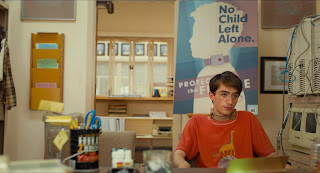 WYRM
USA, 2019
World Premiere, 106 min
Director - Christopher Winterbauer
In a strangely futuristic yet analog alternate universe, a lonely, dinosaur-obsessed youth struggles to complete a unique school requirement or risk being held back and enduring a lifetime of embarrassment.