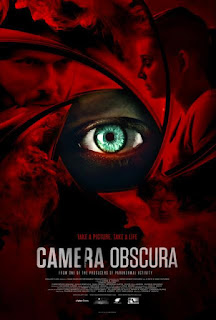 Chiller Films will be releasing CAMERA OBSCURA in Theaters on June 9th and on VOD / Digital HD on June 13th.

In CAMERA OBSCURA, a veteran war photographer with PTSD sees imminent deaths in his developed photos, questioning his already fragile sanity and putting the lives of those he loves in danger.