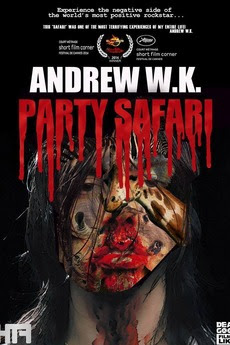 Plus many new and classic Troma titles
and explosive new short films!
Only Available to Subscribers on
Troma Now! 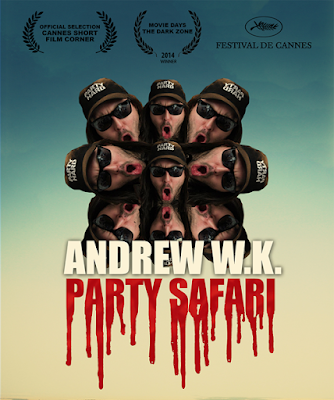 What rock star Andrew W.K. thought would be a fun-packed adventure in an
animal preserve turned into a dark, disturbing, surreal and hilarious journey of
chaos and unbelievable action!

With a mysterious past filled with rumors of his being a manufactured
creation, and even that there is more than one Andrew W.K, could this trip to
the zoo be the next chapter in the Andrew W.K. mysteries?

"This was no ordinary safari...this was supposed to be a party safari!"
"You won't believe your senses!"


A deep, psychological journey into the minds of a Rock Star and animals.

Troma Now's January world premieres also features Rednecks! Follow a
group of rednecks as they go on an adventure to get fame, fortune and
everything they have always dreamed of. 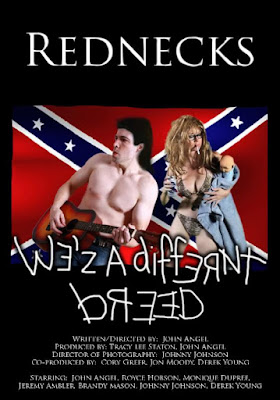 John Birmingham's Rednecks follows three Rowdy redneck brothers who live on a farm in the country, with their uncle and three beautiful and kind-hearted girlfriends. They spend their days working hard on the farm and their nights with the girls who they love and who truly love them. Life couldn't be better, it seems to everyone. Yet they dream of how things could be better, if they had nice teeth, success with their music and everything they desire.

Then, suddenly, something unspeakable happens to their uncle. They may lose the farm and their great way of life. Trying to escape their problems, they try to sell their soul to the devil, summon a leprechaun and other shortcuts that help them to have a seemingly perfect life, becoming rock stars and having everything they thought they wanted so much. But finally their
girlfriends help them to realize that they must face reality, that they are good enough, hardworking people to get their lives in order just fine themselves.

They end up appreciating more than anything what they had all along but took
for granted, the love of each other.

Don't miss these incredible short films coming to Troma Now in January, too!
Ghost Tank, Dolls of Doom, Kung Fu Kitties, and Harry Knuckles will all be
available on Troma Now for the new year!

Subscribe to WATCH.troma.com for only $4.99/month
To subscribe to Troma Now for only $4.99 a month, with a one month free trial to begin your membership you can visit watch.troma.com. The commercial for June's World Premieres on Troma Now is available on the Troma Movie's YouTube page, or click the link here!!